Trans-Siberian Tour from Moscow to Ulan-Ude

We arranged this trip for the group of 24 travellers from Italy in December 2013.

Travellers arrived in Moscow in the evening, just in time for the late dinner.

After the city tour of Moscow and a visit to Tretyakov Gallery we proceed to Kazansky train station and take the train #60 to Ekaterinburg leaving at 16:50. The train is new and comfortable, with a good restaurant.

Full day at train. Living the train life - observing landscapes through the windows, reading, talking and eating. In the evening we reached Ekaterinburg and settled at the hotel. Local time is two hours ahead from Moscow time. It was not so cold in Ekaterinburg, about -2 Centigrade. 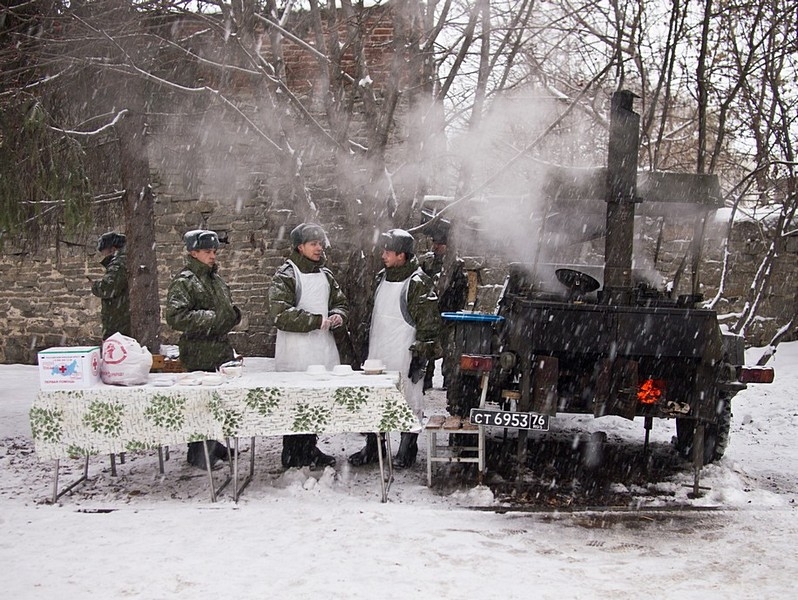 Busy program today. At first we had a city tour when we explored the city, visited the Church of Spilled Blood at the Romanovs’ death site and a local winter festival.

After lunch we went to the countryside to the monastery dedicated to the Romanov’s family, on the place where bolsheviks tried to hide the corpses in a secret grave.

Also we made a stop by the obelisk "Europe and Asia" obviously marking the border between Europe and Asia. Ekaterinburg obelisk is one of about 30 obelisks of this kind in Russia. There is a tradition to take photos by the obelisk, to drink champagne and to store the empty bottles at a specially built facility nearby.

Another day at train. We had a chance to spend some time outdoors in the city of Omsk where the train made a 34-minute stop.

In the city of Barabinsk we spotted the "Olympic" train, a part of the relay of the Flame for the XXII Olympic Winter Games of 2014 in Sochi.

We arrived in Novosibirsk at 18:50. Local time is three hours ahead to Moscow. Dinner was served in the restaurant called “Pechki-Lavochki" and it was enjoyed by all travellers.

In the morning we departed to the scientific city Akademgorodok (30km outside the city), which belongs to the Russian Academy of Science. There are many scientific institutes with good museums. We visited the Archeology Museum at the Institute of Archeology and Ethnography. It hosts a very good exhibition of Stone Age, Bronze Age and Iron Age relics, as well as the religious items and household utensils of the local population of Siberia and Russian Old Believers.

Next stop was at the Church of Our Savior from Zashiversk. The Church was built in 1700 in the town of Zashiversk in Yakutia, by the Indigirka River. The appearance of the church resembles the wooden churches of the Russian north, located in Karelia, Novgorod and Arkhangelsk regions. Zashiversk was abandoned in the 19th Century after the black smallpox epidemic and the church was forgotten. It was found in 1930s' by pilots. In 1971 the church was disassembled and taken to Academgorodok.

We also visited the Geology Museum at Geology Research Institute with a big collection of minerals. There is a small shop in the museum, a good chance to buy some souvenirs.

Upon the return to Novosibirsk we observed the main sights of the city centre and visited the museum of Transsiberian Railways which belongs to the Russian Railways company.

After some rest at the hotel we left for the train station. Train #20 to Irkutsk departed at 01:16.

The longest train ride during this journey, full day and two nights.  The train made several stops including Krasnoyarsk. 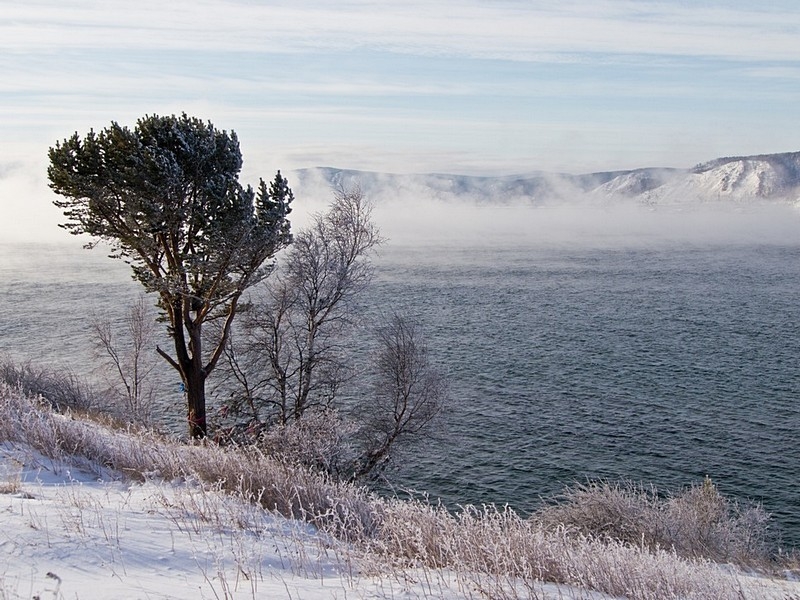 We arrived in Irkutsk at 07:37. Local time is five hours ahead to Moscow time.
After breakfast in Irkutsk we left for the village of Listvyanka, which is the most visited place at Lake Baikal.
During the tour of Listvyanka we visited the Church of St. Nicholas and the museum of Lake Baikal where one can find much information about Baikal and observe Baikal nerpa seals in aquarium.

In the evening we did not have any activities booked. People wandered around and visited the fish market where locals sell smoked omul and souvenirs. 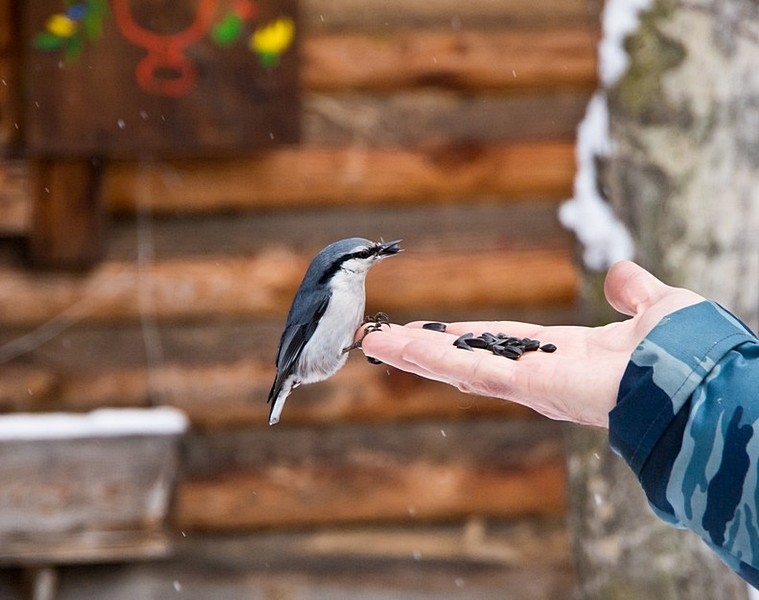 Finally, we could feel the real Siberian winter as it was -20 Centigrade when we left for the dog sledding tour in the forest near Listvyanka. The ride was short, about 15 minutes. Still much fun, especially for beginners.

En-route back to Irkutsk we visited Taltsy Museum of architecture and ethnography, located by the Angara River. The Museum features traditional buildings, structures and household items of Evenki, Buryat and Russian people.

The place is also interesting in terms of nature as many bird species can be spotted there including woodpeckers, tits, starling, nuthatch etc.

In the evening we settled at the hotel in Irkutsk. 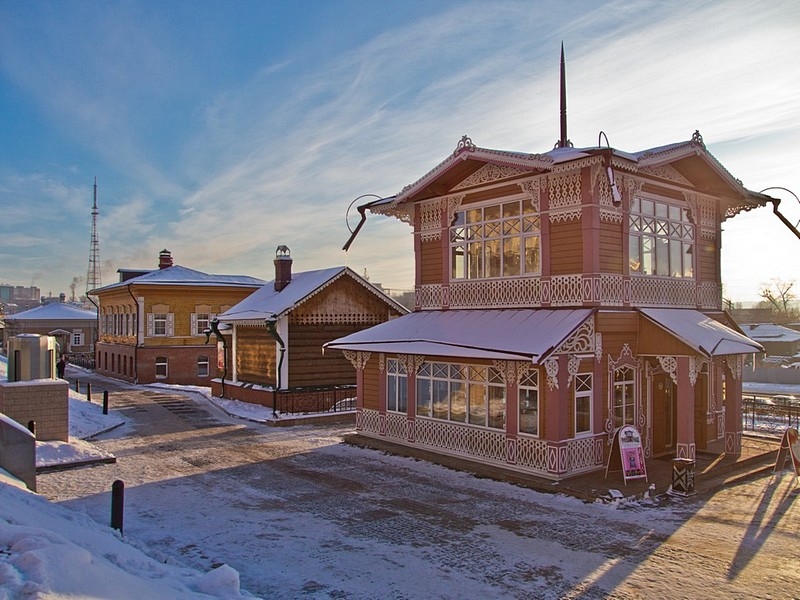 During the city tour of Irkutsk we visited the local flea market, the museum of Decembrists (revolutionary officers of the Decembrists revolt of 1825) in the house of Volkhonsky, Kazan Cathedral, Bogoyavlensky Cathedral and observed old wooden buildings Irkutsk is famous of.

We took a stroll in the city centre, including the Angara River embankment and the reconstructed part of the city called 130 Quarter. Nice looking wooden buildings of this place are occupied with restaurants, cafes, book and souvenir shops.

We woke up early as the train for Ulan-Ude left at 08:13. The daytime train #12 was quite average, with old carriages and a dull restaurant. Alas, there was no better choice.
At 15:20 we arrived in Ulan-Ude, the capital of Buryatia region.
After short rest at the hotel we left for dinner at the traditional buryat restaurant called “Baatarai Urgoo”. They serve Buryat meals in the urta (teepee) style buildings. We tried noodle soup, buuzy meat dumplings, green tea with milk and flour and sweet pies.

The most interesting places of Buryatia are located in the countryside. That time we visited Ivolginsky Datsan and the village of Tarbagatay.

In Ivolginsky Datsan we could see numerous Buddhist temples and learn about Buddhism in Russia.

Tarbagatay is a small village of Russian Old Believers people. They separated from the official Orthodox Church in the 17th Century and still maintain old religious traditions and lifestyle. It is always lots of fun in their house in Tarbagatay. After lunch with Siberian meals and samogon (homemade vodka) they sing traditional songs in a very professional way and involve visitors in merry games such as "marriage proposal".

We also visited a small private museum with the exhibition of household and farming utensils.

It was about -30 Centigrade early in the morning when we left for the airport for the flight to Moscow at 09:25. Flight time is about 6 hours and 30 minutes.
In Moscow the weather is much more mild, only about -3 Centigrade. Quite acceptable for the afternoon tour of Moscow metro and Arbat pedestrian street.

The last day in Russia. Visit to the Kremlin and drive to the airport through crazy Moscow traffic jams. The trip is finished. Do svidanya!