Veliky Novgorod (Novgorod the Great) is situated in the northwest of Russia. It is one of the oldest and most beautiful cities in Russia. 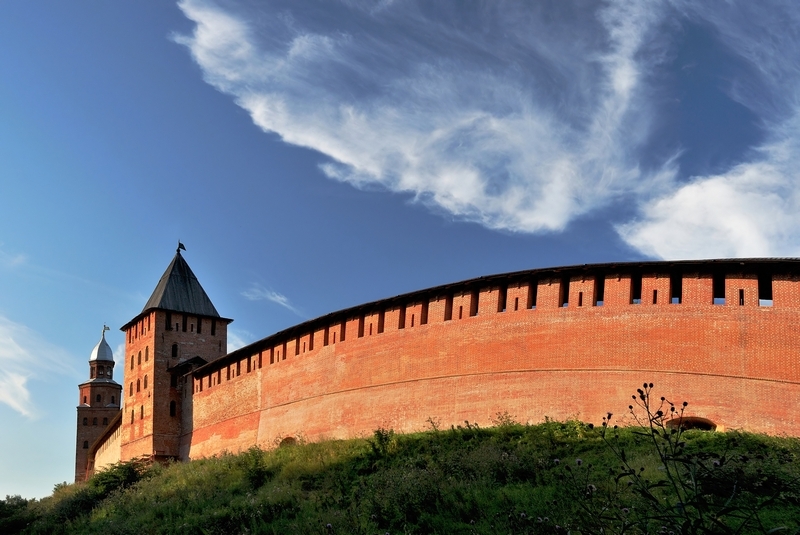 St. Sophia Cathedral
St. Sophia Cathedral has always been considered to be the heart of the Kremlin. First it was built out of wood, later in 1045 the son of Yaroslav the Wise Vladidmir started to build the cathedral out of stone. The cathedral was consecrated in honour of Saint Sophia the Wisdom of God in 1052 by the Archbishop Luka. The Cathedral had been the symbol of the grand duke's power. Inside of the cathedral the prince greeted the ambassadors, concluded treaties and kept his treasury. The height of the cathedral is 38 meters. Inside of the Cathedral one can see wonderful frescoes, which date back to the Middle Ages.

The Monument "Millenium of Russia"

In the middle of Novgorod Kremlin there is a monument "Millenium of Russia". It was erected in honour of the Russian state system foundation in 862, when Ryurik came to rule in Novgorod. The monument was created in accordance of the plan of M. Mickeshin. The monument was opened on September 8, 1862. The tzar family took part in this event. The shape of the monument reminds the bell, which is the symbol of the Novgorod region, and Monomakh's hat, the symbol of the sovereign power. There are figures of famous Russian people on the monument. The height of the monument is 15,7 meters.

Yaroslav's Courtyard
Veliki Novgorod was divided into the Sophiiskaya and Torgovaya (Trade) sides, this division remained from the ancient times. Novgorod Kremlin was the center of the Sophiiskaya side, and the Torgovaya (Trade) side was concentrated around the Marketplace and the prince's courtyard, which Prince Yaroslav the Wise had moved here from "Gorodishche" (old town) in the early 11th century. That's why it was called "Yaroslav's courtyard". A lot of merchants from different parts of Russia came to Novgorod to trade. It was a busy place which had more than 1800 different shops, stores and other trading facilities.


St. Yury's Monastery
St. Yury's Monastery is located in the outskirts of Novgorod the Great.
According to the chronicles the monastery was founded in 1030 by Yaroslav the Wise after the victory in the campaign against the people of "chud". The monastery was very rich and it became the burial-vault for the princes of Russia. The times of Catherine the Great were hard for the monastery, its revival was started in the 19th century under the Archbishop Fotiy. He built new churches, hospitals for monks, schools as well as a hotel for travellers. The main cathedral of the monastery has always been St. George Cathedral, built in 1119.

Vitoslavitsy Museum of Wooden Architecture
It is an interesting museum of wooden architecture located not far from St. Yury's Monastery in the outskirts of Novgorod the Great. The village of Vitoslavitsy was founded in the 12th century. On the territory of the museum one can see traditional Russian houses as they looked in the 14th- 19th centuries, as well as churches, chapels and windmills. The museum was created in 1964, when the old wooden church of Assumption was moved to this place. 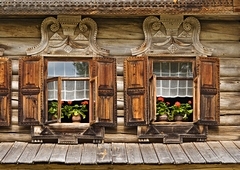 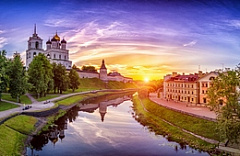 Ancient Land of Pskov and Novgorod

Discover the cradle of Russia

Town of Suzdal
All Sights
Pskov