The town of Pavlovsk, which is famous for its palace and park ensemble, is located 26 kilometers to the south of Saint Petersburg. 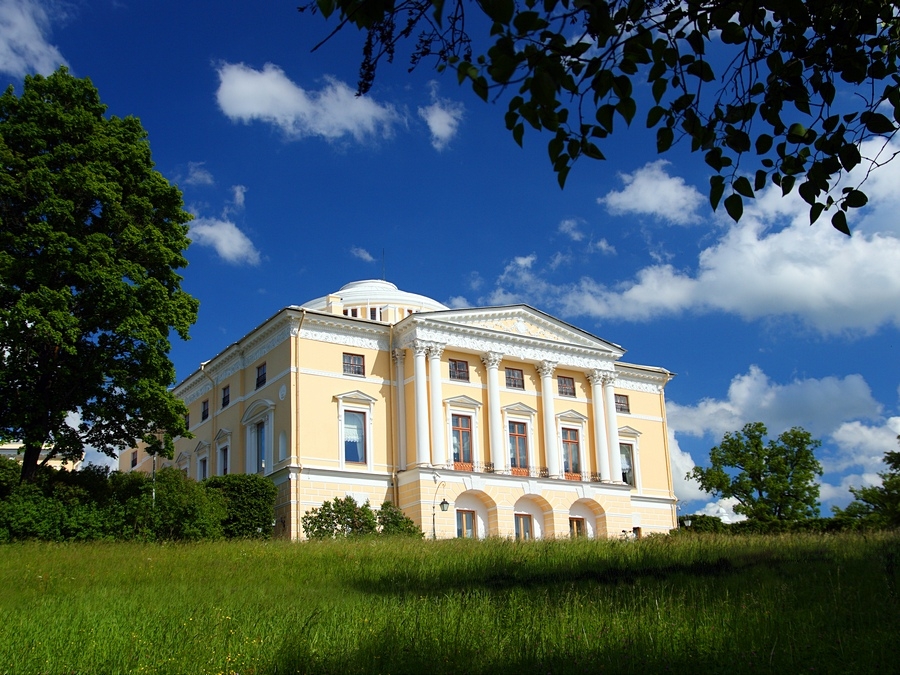 Its history began in 1777, when Empress Catherine II granted a small piece of land not far from Tsarskoye Selo (Tzar village) to her son Pavel. This new place was called Pavlovskoye Village. In 1779 two small wooden palaces were built there: Paullust ("Pavel's joy") and Mariental ("Maria's Valley").

In 1780 the construction of Pavlovsk palace and park was started. The architectural center of the Pavlovsk ensemble is the Grand Pavlovsk Palace designed in the style of the Russian Classicism. The main building of the palace has got galleries and auxiliary wings, which are decorated with a colonnade and busts of the great Russian people. The palace and park complex was finished at the beginning of the XIX century. There is a huge park covering the area of 600 hectares around the palace.

One of the remarkable architectural sights of Pavlovsk is the Temple of Friendship, its flat dome rests on 16 columns. Bridges of different shapes can be seen in the park of Pavlovsk: decorated with beautiful railings, decorative vases and sculptures. The sections of the park adjoining to the palace are decorated with marble and bronze statues of the ancient gods.

Transport:
By car/bus: Pavlovsk is accessible by road, the distance from Saint Petersburg is about 26 km.

Discover imperial palaces and parks in suburbs of St. Petersburg

Other sights in: St. Petersburg
Yusupov Palace
All Sights
Seids and Labyrinths